JMB Environmental Consulting Pty Limited are specialists in Hazardous Materials and Contaminated Land. We have fully qualified staff and a full laboratory to support all testing.

Asbestos is not the only hazard that can be found in our daily lives today. 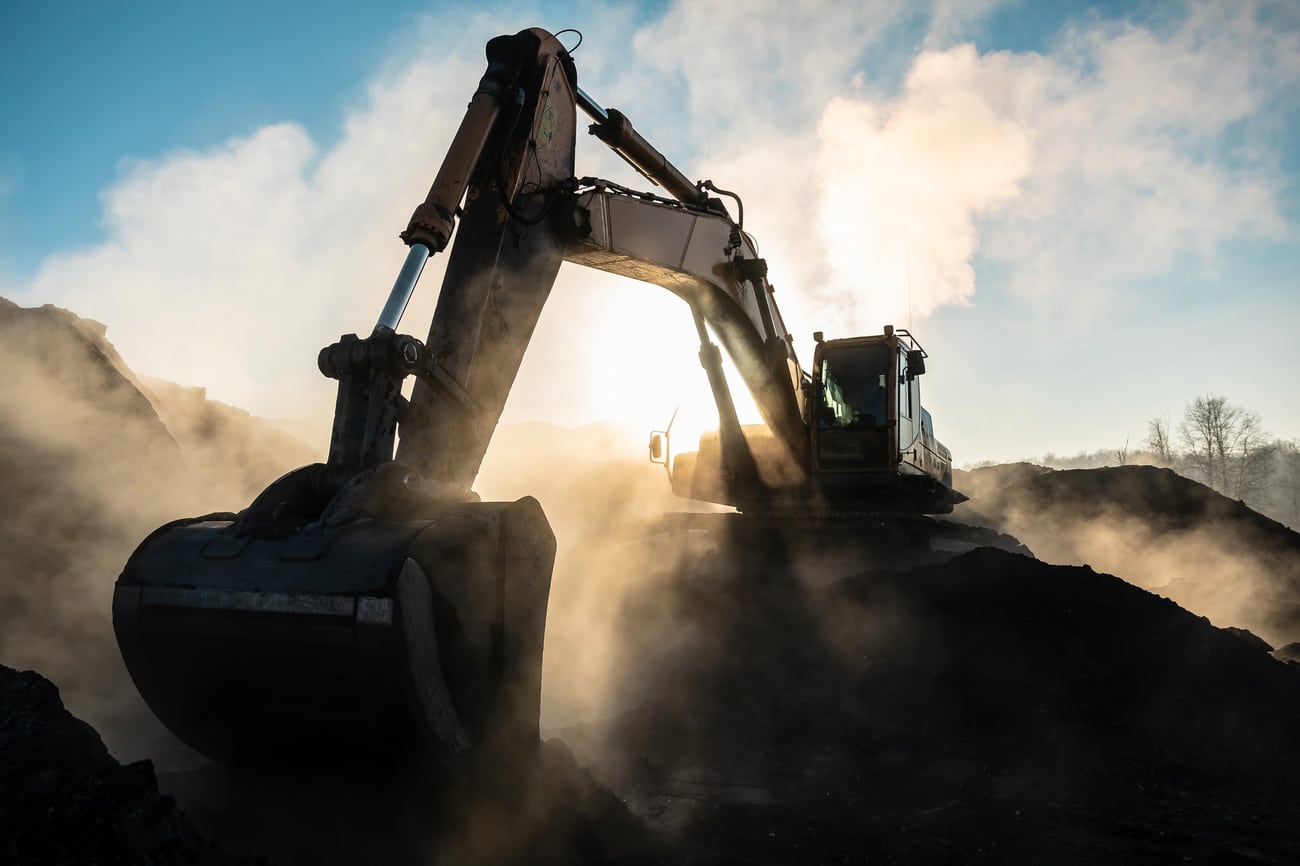 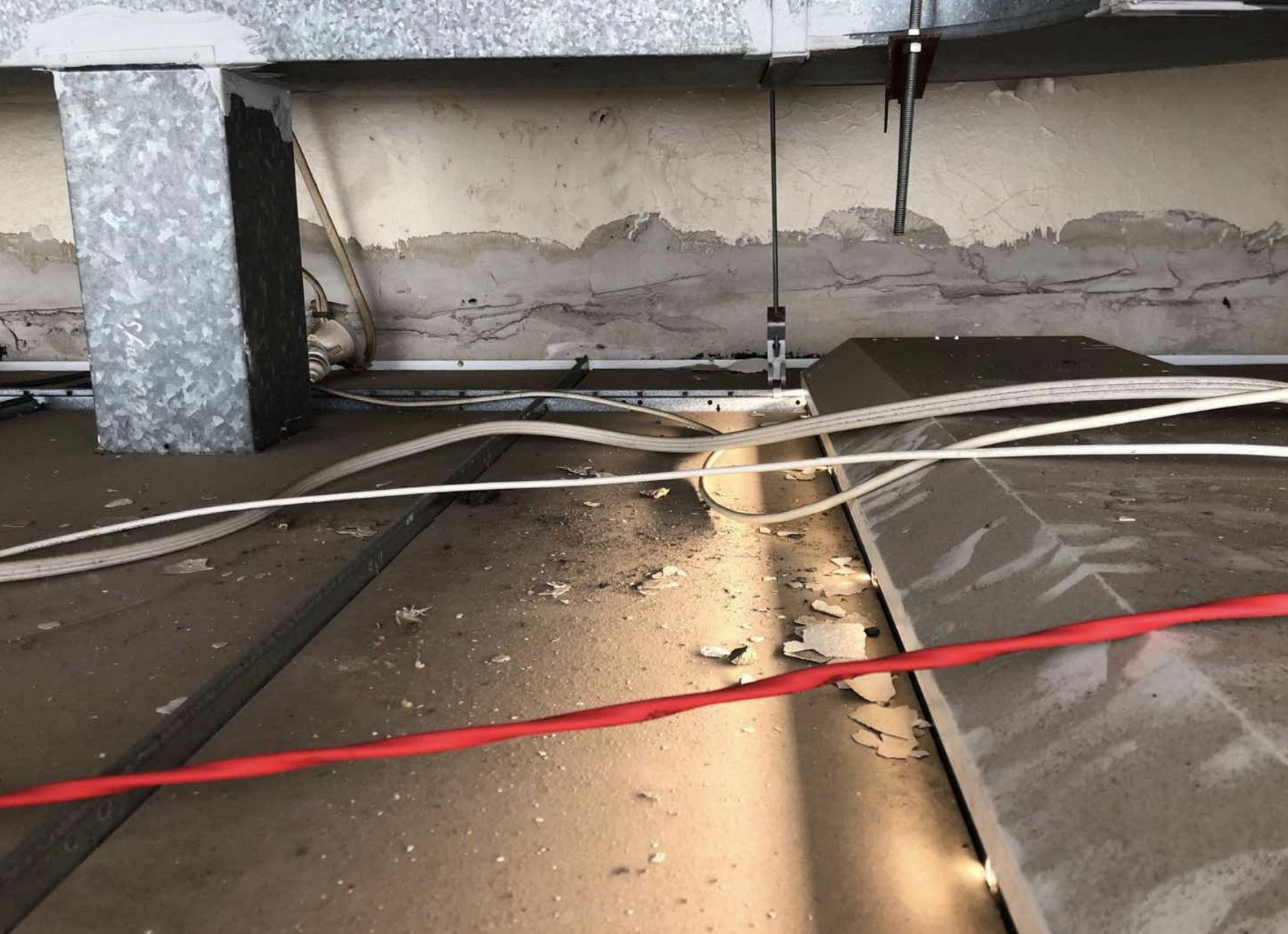 Lead-based paint is paint containing lead that was used as pigment. The heavy metal was added to paint to speed drying, increase durability and for moisture resistance.

Like all paint systems, leaded paint will chip, flake and peel over time, leading to contamination of indoor dust and exterior surrounding soils. Lead does not biodegrade, and so lead dust is a long-term exposure problem.

Lead is especially damaging to young children who are still developing, pregnant women to unborn and newborn babies via their pregnant or breastfeeding mothers.

Lead affects the hematopoietic, neurologic, gastrointestinal, and reproductive systems, but predominantly the nervous system. High levels of exposure can result in miscarriage in women, and may affect fertility in men.

AS/NZS4361.2-2017 Guide to lead paint management Residential and commercial buildings defines lead paint as paint film or component coat of a paint system in which the lead content (calculated as lead metal) is in excess of 0.1% by weight of the dry film as determined by laboratory testing, thus bringing it in-line with the legislation for paint manufacture. Additionally, the Work Health and Safety Regulation 2017 Section 7.2 (h) states that ‘Lead machine sanding or buffing surfaces coated with paint containing more than 1% by dry weight of lead’ constitutes a lead process.

However, research has previously shown that machine sanding or buffing surfaces coated with paint containing more 0.25% by dry weight of lead metal can lead to soil and dust concentrations which exceed the clearance levels given in AS/NZS4361 Guide to Lead Paint Management.

The standard also goes on to say at levels as low as 0.25%, the dust generated by dry sanding and abrasive blast cleaning can have sufficient lead content to produce levels exceeding exposure limits. It is generally accepted within the industry that paints exceeding 0.25% require precautions when working on them.

Finally lead is classified as a reproductive toxicant and as such the GHS and Safework Australia HCIS consider any mixture (or alloy) with a reproductive toxicant combined component (such as lead) of greater than or equal to 0.3% to present a reproductive risk and be labelled and controlled under GHS classifications. Furthermore, the Safework Australia HCIS specifically recommends no abrasive blasting be undertaken on any lead products (mixtures and alloys) over 0.1% due to the risk of exceeding exposure standards. As such further restrictions should be considered for these products to limit abrasive treatment and hot works that create excessive contaminated fumes, dust and particulate.

JMBEC acknowledge that outside of occupational exposure, legislated and recommended limits, it is widely accepted that there is no level of lead exposure that can be considered completely risk free particularly to susceptible individuals such as children, pregnant women and breast feeding mothers. We also recognise that other mixture components could also be reproductive toxins.

As such the following applies to the classification of the paints found on site: 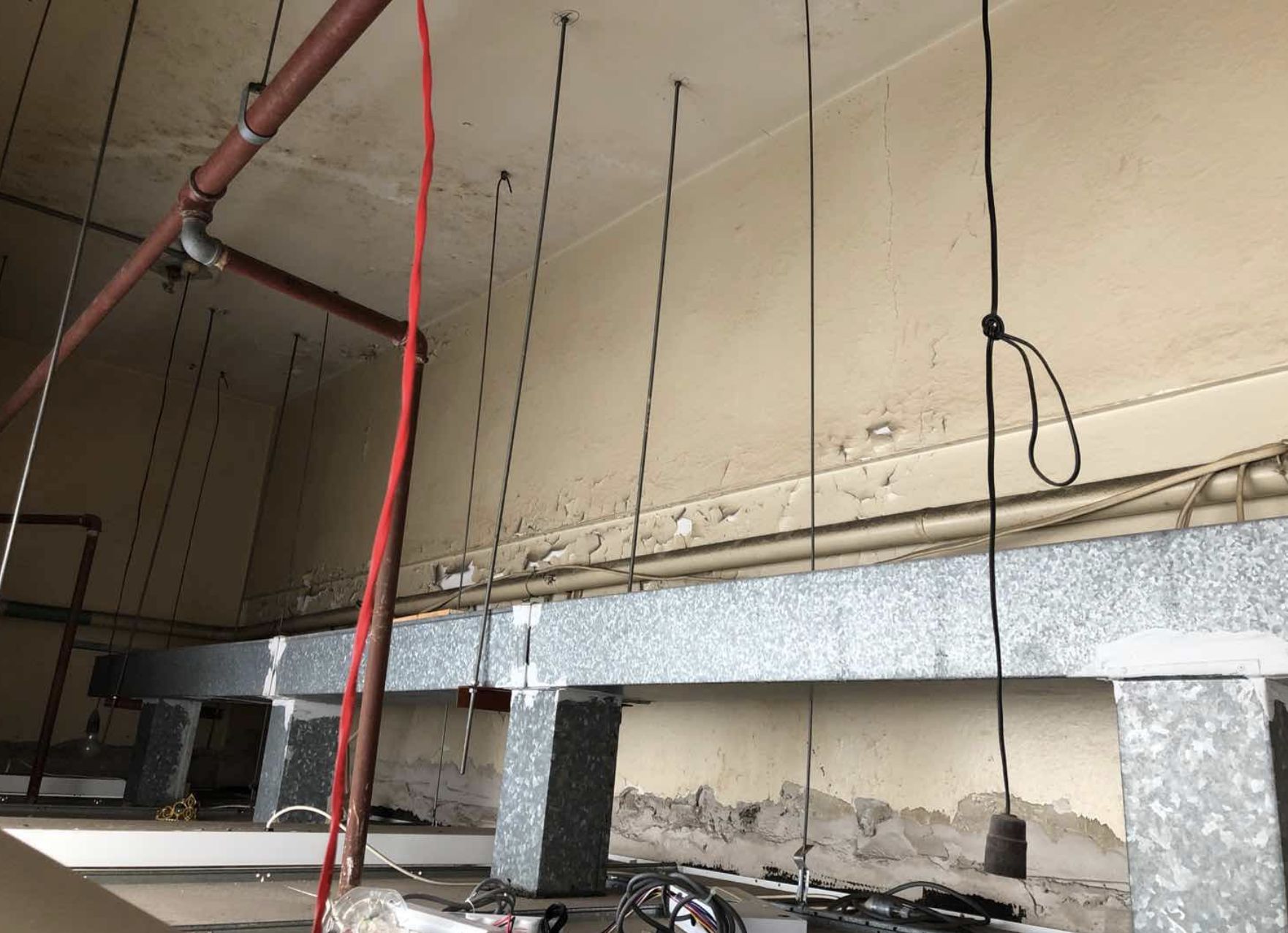 Services that we offer

LEAD AIR MONITORING SURVEY
If lead paint is being removed from an indoor environment, or lead dust is being cleaned up, lead air monitoring can be undertaken to ensure that the lead removal controls are satisfactory, and to eradicate the possibility that it is going to lead into harmful health effects.
LEAD CLEARANCES SURVEY
Following lead abatement, a clearance is required before the work are can be re occupied for normal use.  A lead clearance consists to a visual examination and collection of surface lead swab samples by an occupational hygienist or LAA.  The samples are then sent to a NATA accredited laboratory.
LEAD DUST SURVEY

Should the area be due for demolition, other avenues of control and remedition can be considered as part of an overall demolition occupational health and safety management plan to reduce the risk to workers without having to achieve the clearance levels above.

In addition, lead alloys and materials noted to be built into the fabric of the building material, should not be subjected to un controlled abrasive or hot working methods that will give off particulate and fumes. Works of this type on these material should be considered a lead process and be controlled accordingly. In particular no abrasive blasting should be undertaken on any lead mixture with a concentration of lead greater or equal to 0.1% as per Safework Australia HCIS guidelines.

Synthetic mineral fibres (SMF) is a term used to describe a number of different fibrous materials made from silica, alumina, rock and glass. These materials have become an important replacement for asbestos within commercial buildings in a variety of products where thermal insulation, or electrical or fire protection is required. SMF is used commercially in construction and residential dwellings as insulation, reinforcement for cement, plaster and plaster materials.

Newer “low bio-persistence” SMFs that comply with Note Q from the European Commission Directive 97/69/EC Official Journal (AIOH, 2016), mainly present from the late 1990’s onwards, are not classified as carcinogens and are not considered hazardous materials by the Safework Australia HCIS or the GHS. The only documented symptoms from exposure to these bio-persistent SMF products remains the irritation to the upper respiratory tract, skin and eyes, common with exposure to all SMF materials.

Bio-persistence equates to the capacity of fibres to persist and conserve their chemical and physical features over time in the lung (AIOH, 2016).

PCB is the common name for polychlorinated biphenyls. PCBs range in appearance from colourless, oily liquids to more viscous and increasingly darker liquids, to yellow then black resins, depending on chlorine content of the PCB. These synthetic compounds are chemically stable, have good insulating properties and do not degrade appreciably over time or with exposure to high temperatures.

These properties made PCBs very useful in electrical devices such as capacitors.

PCBs can enter the body in three ways:

The likelihood of becoming sick from PCB exposure increases with the length of time and the amount of material that a person might come in contact with.

The most commonly observed symptom in people exposed to high levels of PCBs is a condition known as chloracne. It is a severe, persistent acne-like rash due to repeated and prolonged contact of PCBs with skin. This condition has also occurred in people who have accidentally ingested PCBs orally. Very high exposure to PCBs may also cause liver damage and damage to the nervous system, resulting in numbness, weakness and tingling in the arms and legs. There is the possibility that PCBs may cause cancers.

The major use of PCBs in the electrical industry has been as an insulating fluid inside transformers and capacitors. These transformers and capacitors have ranged in size from the very large transformers which contain several thousand litres of PCBs and were typically used by electrical supply businesses and heavy industries, to the small capacitors which may only contain several millilitres of PCBs and were used in farming equipment and on commercial premises. Capacitors containing PCBs were installed in various types of equipment including fluorescent light fittings during the 1950’s, 60’s and 70’s.

PCB-containing equipment within fluorescent light fittings is likely to have one or more of the following characteristics:

Local Council’s will often request that a Hazardous Materials Survey is completed by a trained Occupational Hygienist as part of a Development Applications (DA) when you are renovating a property.  JMB Environmental Consulting Pty Ltd Can assist.

Similar to asbestos, The purpose of a hazardous materials survey is to gather accurate and sufficient information to create a register that is fit for purpose for a building (could be site or asset) at any given point during a buildings lifespan.  Once again these are: 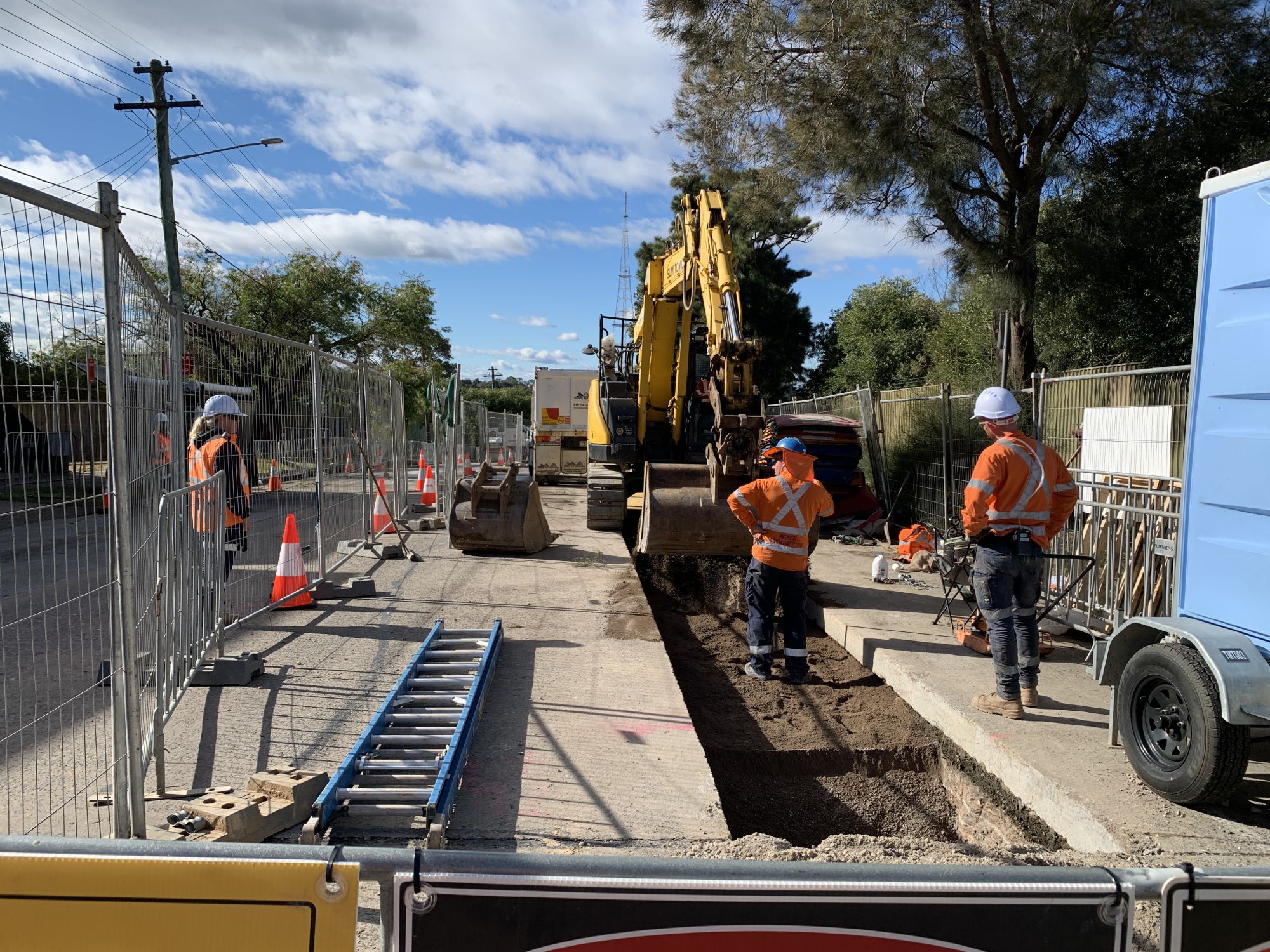 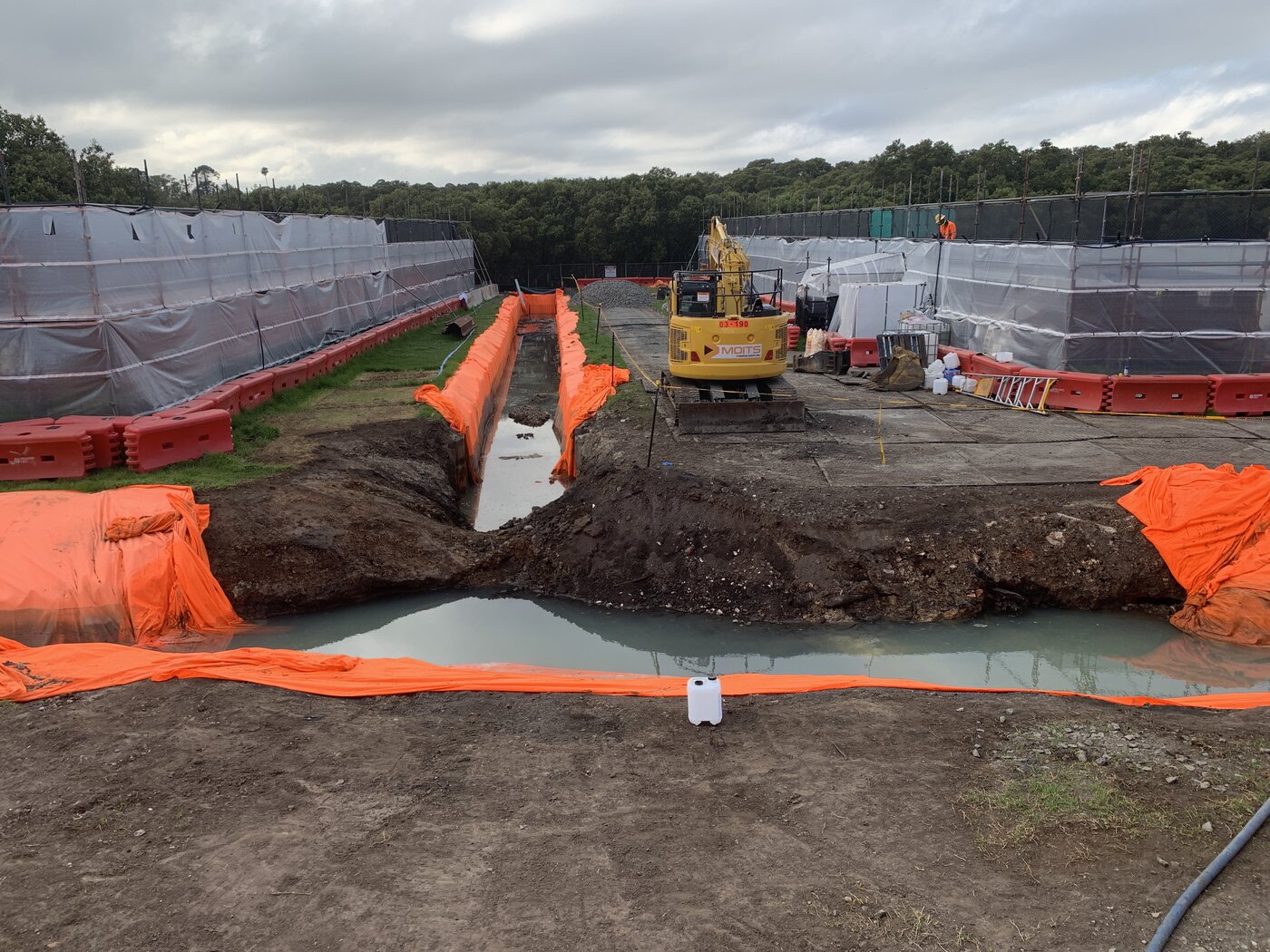 Sydney’s beautiful city has a contaminated land issue derived from a legacy of mining, heavy industry and shipping.

With remediation, construction and infrastructure booming, encountering sites with land that is contaminated with such things as of which are dioxins, heavy metals and organochlorine pesticides (e.g. DDT).

JMB Environmental Consulting Pty Ltd can work with you to develop appropriate and site-specific scopes of work for the following services: